Tour de France is multiple stage bicycle race for men that takes place every year. The competition started it’s journey during the very beginning of the 20th century, back in 1903. Since then 107 editions have taken place so far. Being recognized as the most prestigious bicycle race competition, it is also the most difficult one as well. The competition features 21 day-long stages and is 23 days lengthy. It is generally held in France but occasionally passes through nearby countries. Here we will reveal where to and how to watch and stream Tour de France live in United States and Canada.

Which Channels to Broadcast Tour de France 2021 Live on TV in United States? 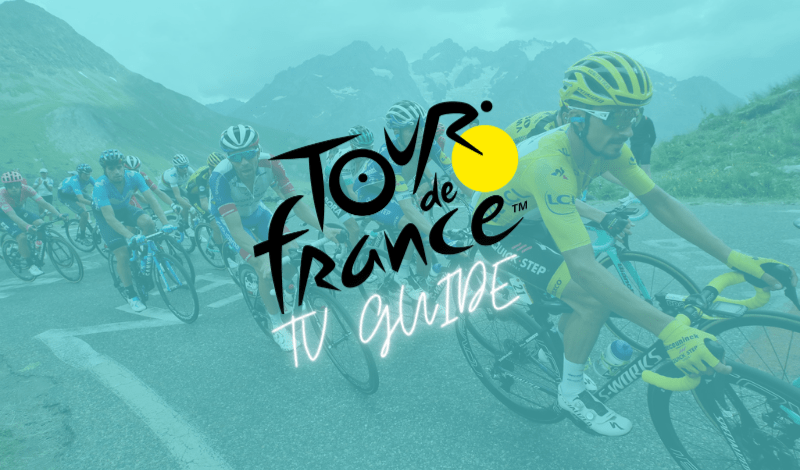 NBCSN the popular sport network of US owns the broadcasting right of the most prestigious bicycle race within America. The channel broadcasts races from all of the stages live. It also presents daily Tour de France Pre-Race shows as well. The coverage begins early in the morning here in US generally at 7 am in the morning. In some of the days, it may begin at 6 am, 6:30 am and 8 am ET. The 21st which is also the final stage coverage is set to start on 9 am (all the times are based on Eastern Standard Time).

NBC usually shows a weekly one hour recap with some of the stages live as well. Apart from these, a few portion of the actions are also available through CNBC.

How Can I Enjoy Tour de France Live Through Online Streaming In USA?

The Cycling Pass of the NBC Sports Gold is a perfect platform for not only Tour de France but also other bicycle races throughout the season. The platform streams all the Tour de France stages from start to finish and is also commercial free as well. It offers live streaming coverage of as many as 18 cycling events. Thus it ensures the subscribers don’t miss any single stage or any single event or any cycling action throughout the campaign. NBC Sports Gold Cycling Pass costs 54.99 US Dollar and guarantees you all these cycling races.

American cycling lovers can also enjoy Tour de France races through the Peacock Premium the digital streaming platform. The ones who have Comcast subscription can enjoy the service for free. However, if ones doesn’t have Comcast subscription, he will have to pay 4.99 US Dollar per month. Apart from these, the Peacock Premium Plus which is without most ads (although not completely ad free) makes the users pay 9.99 US Dollar per month. The annual version of the two mentioned packages costs 49.99 USD and 99.99 USD for 12 months service. But one can just purchase the package when Tour de France starts and will end up watching the entire race within the 30 days monthly subscription. In fact, it’s the cheapest way to enjoy Tour de France and we recommend you to subscribe the monthly package of this platform just prior to the starting of the mentioned competition.

Where to Find Tour de France Race Live in Canada?

Canadian watchers can enjoy Tour de France race through an over the top subscription sports broadcaster and streaming service named FloSports. The company made a multi year deal with Amaury Sport Organisation which will see them having the exclusive broadcasting right of Tour de France in Canada for 4 years. Their broadcasting duty started with the 2020 campaign and will run through to 2023.

How Much Does FloBikes Costs?

Although many other packages offered by FloSports do have monthly as well as annual plan, FloBikes package only has an annual plan. Some of the users may get confused but the monthly plan for the FloBikes doesn’t exist any more and if you are to purchase the package it will cost you $150 for 12 months lengthy annual service.