Wondering if you can watch CBS online without cable or satellite TV subscriptions? Trying to find details on what streaming service has CBS?

From live sports like NFL, college football, and March Madness to hit TV shows to nightly news, CBS offers something for everyone, making it no surprise that it’s America’s most-watched network.

Generally, you need a cable TV subscription or an antenna with good reception to watch CBS.

However, the cost of a traditional cable subscription can be prohibitive for some people. Think about it – do you really need to pay over $100 a month for 300+ channels when you only watch a handful? Probably not.

So, how can you get your favorite channels without spending a fortune? The answer is streaming services.

These days, there are plenty of affordable live streaming services that offer CBS as part of their channel lineups.

This means you can watch CBS without a contract or expensive cable subscription.

But what streaming services offer CBS? And which one is the best value for your money? That’s what we’re here to help you figure out.

In this article, we’ll show you the best ways to watch CBS online without cable.

How to Watch CBS Online Without Cable Legally fuboTV is a sports-focused streaming service that offers a solid selection of live channels and on-demand content.

In addition to sports channels like ESPN, Fox Sports, NBA TV, and NHL Network, the fuboTV channel lineup also includes a good selection of news, entertainment, and lifestyle networks. You get channels like CNN, AMC, HGTV, and of course, CBS. So, whether you’re looking to stream sports or catch your favorite TV series, fubo has you covered.

The features of fuboTV include a cloud DVR with tons of storage, allowing you to record you’re favorite episodes and store them for later, simultaneous streams of “unlimited devices” within the same home, a grid-based channel guide for easy navigation, and HD quality streaming (some channels available in 4K)

You can get the fuboTV app on most devices, such as Apple TV, Amazon Fire TV, Android TV, Chromecast, Roku, Xbox, iOS, Android, and computers.

Check out our full fuboTV review to learn more about it.

If you’re ready to give it a shot, they offer a 7-day free trial. Popular for its massive selection of on-demand TV shows and movies, Hulu also offers a live TV streaming option. This combination makes it a great all-around option for cord cutters.

Hulu Live offers 75+ channels, including popular networks like ESPN, FOX Sports, CNN, Disney, and CBS. And with the option to add premium channels like HBO and Showtime, the massive Hulu Live channels list lets you get even more out of your streaming experience.

In addition to a solid channel lineup, Hulu + Live TV comes with a few other perks that are worth mentioning.

First, there’s the Hulu on-demand library, which gives you access to thousands of TV shows and movies.

You also get unlimited hours of cloud DVR storage, the ability to stream on multiple devices at once, and six user profiles.

Plus, your Hulu Live subscription also gives you full access to ESPN+ and Disney+ at no extra cost.

Our Hulu Live review takes a complete look at the service if you’re interested in learning more before you sign up. If you’re looking for a cable-like experience without the cost, DIRECTV STREAM is one of the best streaming services out there. It offers a comprehensive channel lineup with packages that have as many as 140+ channels, including all the major networks like ABC, NBC, FOX, and of course, CBS (see the full DIRECTV STREAM channel lineup here).

The starting price for DIRECTV STREAM is $69.99/mo and ranges up to $149.99, a little bit on the expensive side, but the features of this platform are unrivaled.

From the unlimited DVR storage to the ability to stream on all your favorite devices, DIRECTV STREAM offers a bang for your buck.

Like other streaming services, you can cancel any time, so you’re not locked into any contract.

Take a look at our DIRECTV STREAM review for a detailed overview of everything the streaming app offers.

You can also do a 5-day free trial to test it out at no cost. 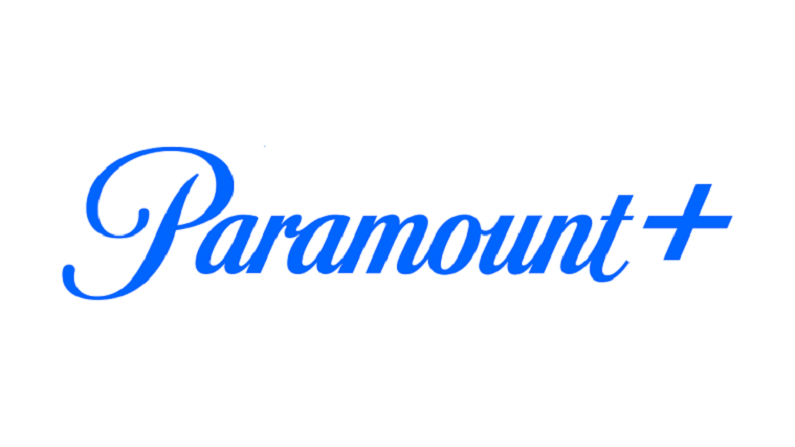 While Paramount+ isn’t a streaming service that totally replaces cable, it does offer the cheapest way to watch CBS online.

For $4.99/month, you can watch a ton of on-demand content from CBS, BET, Comedy Central, Nickelodeon, MTV, and more.

To get a live CBS stream, you’ll need to sign up for the Premium plan at $9.99/month or $99.99/year, giving you access to your local live CBS station which will let you watch live NFL games, college football, March Madness, soccer, golf tournaments, and more. This price point makes it among the most affordable sports streaming services on the market.

Check out our Paramount+ review to learn more about the app. Rounding out our list is YouTube TV, a streaming service from the popular video platform that offers an excellent selection of channels.

The YouTube TV channel lineup includes over 85 networks, such as ABC, CBS, FOX, NBC, ESPN, and many more. You can also add premium channels like Showtime and HBO to your subscription for an additional fee.

YouTube TV’s biggest strength is its interface: the app is snappy and easy to use, with a simple, intuitive layout.

In addition, the platform supports multiple user profiles, and there’s no limit on DVR storage. You can watch on your computer, mobile devices, and on your TV with a connected streaming player or smart TV capabilities.

For more information, make sure to read our complete YouTube TV review.

Why Use a Streaming Service to Watch CBS?

There are a few reasons why you might want to consider using a streaming service to watch CBS.

First, there’s the fact that cable has gotten ridiculously expensive over the years. The average monthly cable bill in the US is now over $100, and it’s only going up.

If you’re looking to save money, cutting the cord is a great way to do it. With a live streaming service, you can get all the same channels that you would with cable, but at a fraction of the price.

Another reason to use a streaming service is flexibility.

With most streaming services, you can watch on your computer, phone, tablet, or on your TV — at home or on the go.

There’s also no contract, so you can cancel anytime.

So if you’re looking for a better, cheaper way to watch CBS, a live streaming service is a great option.

What streaming service has CBS?

Online streaming services like fuboTV, Hulu Live, DIRECTV STREAM, and YouTube TV offer a great way to watch CBS without a cable contract. All of these platforms offer a free trial, so you can try them out before committing to a subscription.

How can I stream CBS for free?

There are no official ways to stream CBS for free. However, many streaming platforms like fuboTV and DIRECTV STREAM offer free trials that will allow you to watch CBS for a limited time. After the trial period is over, you’ll need to sign up for a paid subscription.

Is there an app to watch CBS for free?

The newly updated CBS app for iOS and Android gives users the ability to stream a small selection of CBS shows for free. However, this only applies to CBS-owned shows like The CBS Evening News, CBS This Morning, and 60 Minutes.

CBS is America’s most-watched network, and with live TV streaming services, you can now watch CBS online without cable or satellite.

fuboTV, Hulu Live, and DIRECTV STREAM all carry CBS, and they have free trials, so you can test them free before paying a thing.

Have any questions about how to watch CBS online? Let us know by commenting below.

Hulu + Live TV
Try It Free
We may earn a commission if you make a purchase, at no additional cost to you.