The EFL Carabao Cup is an annual knockout football competition in men’s domestic English football. Organized by the English Football League. The EFL Carabao Cup was first held in 1960–61 as the Football League Cup, it is one of the three top-tier domestic football competitions in England, alongside the Premier League and FA Cup. The tournament is played over seven rounds, with single-leg ties throughout, except for the semi-finals. The final is held at Wembley Stadium which is the only tie in the competition played at a neutral venue and on a weekend. 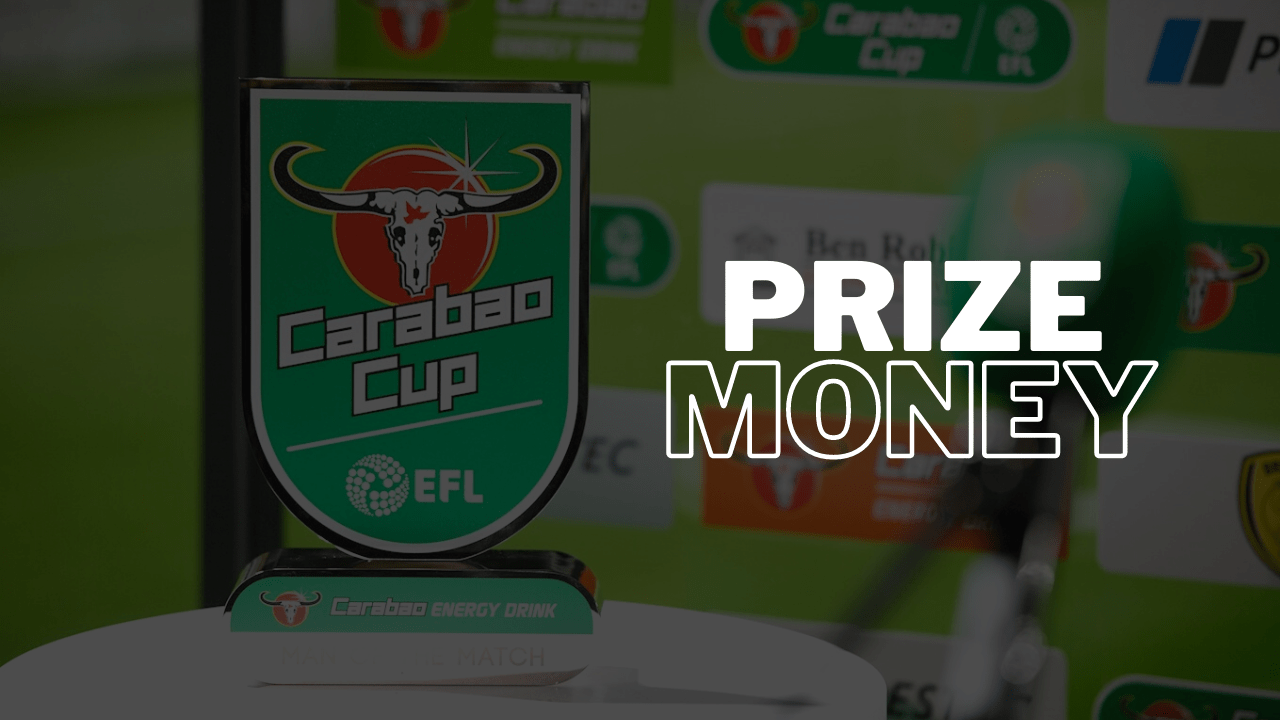 2022-23 is the 63rd season of the EFL Carabao Cup. The competition is open to all clubs participating in the Premier League and the English Football League. This is the first season in which the winner of the competition will be qualified for the play-off round of the UEFA Europa Conference League rather than the second qualifying round of the UEFA Europa League. It is also the first season where the semi-finals will be single matches, instead of a two-legged fixture.

Here’s the prize money list for EFL Carabao Cup given :

Winning the Carabao Cup is worth £100,000 ($136k) while the runner-up is rewarded with £50,000 ($68k). The losing semi-finalists are given a consolation prize of £25,000 ($34k) each. Which is insignificant compared to what Premier League or Championship sides make due to TV money. While there is basically zero prize money up until the EFL Cup semifinal stages.

the Gate receipts earnings are divided into three pot of every EFL Cup match. 45% each is shared by the home and away team regardless of where the match is taking place while 10% goes to English FA. For two semifinals and final at Wembley in 2019, £5 million was generated via ticket & hospitality sales (£3 million in two semifinals and £2 million from the final). So the winners and runners up walked away with around £1.6 million each.