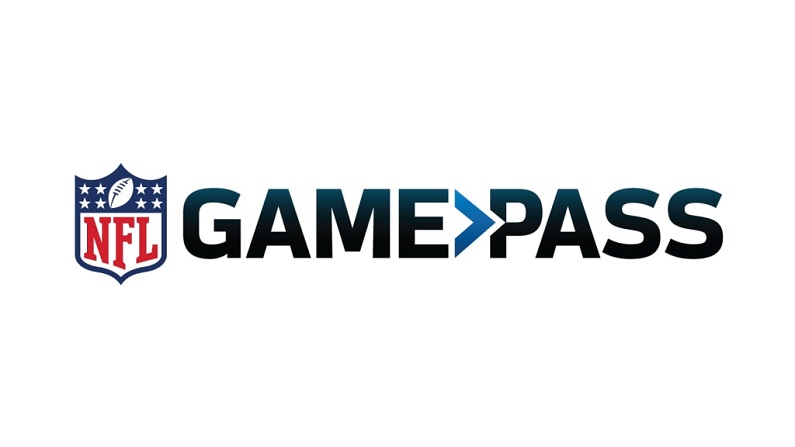 Editor’s Note: This NFL Game Pass review is largely focused on the American version of the service. If you live outside of the US, click here for info on NFL Game Pass International which allows you to watch live games all season long.

Since the beginning days of cord cutting, most people’s biggest worry has been being able to find the content they want without the huge cable bill. This is especially true for sports fans.

Live streaming services have really stepped it up over the years, offering ways to expand sports offerings with local channels, sports-centric channels, and even add-ons that offer league-specific plans.

There are also dozens of live and on-demand sports streaming services that focus specifically on a certain league or sport.

If you’re a football fan, one of the most exciting options is NFL Game Pass. In this NFL Game Pass review you’ll find everything you need to know about this service, how much it costs, and whether or not it’s worth signing up.

Even if you have cable, NFL Game Pass offers you the chance to watch every single regular season game that the NFL offers. For true football fans that should be a big draw.

Unfortunately, you won’t be able to watch games live with the US version (those who live outside of the US can watch live games on Game Pass International), but on-demand access is available as soon as each game ends. You also get the benefit of watching without commercials. Plus, you get access to a ton of cool features, like live out-of-market preseason games, exclusive angles, original programming, old Super Bowl games available on demand, and more.

At $99 per season, the cost is reasonable, if you plan to watch most of the games. There are also some added perks like an on-demand football library!

NFL Game Pass only offers one thing. If you’re not a football fan you should avoid this service, because football is all they offer. You’ll get new games, old games, and old Super Bowl games on demand. Beyond football games, you’ll have access to football news, clips, original content, movies, and documentaries. It’s all football.

This is what our NFL Game Pass review can tell you:

What is NFL Game Pass?

NFL Game Pass is a way for cord-cutters to receive unbridled access to as much NFL content in one season that they can handle.

This is mostly an on-demand service, although you can watch live out-of-market preseason games. What that means is that you won’t be able to watch regular season or playoff games live with NFL Game Pass. However, games will become available on the app, moments after they are done airing on TV.

In addition to on-demand regular season and playoff games, you will have a full on-demand library. This will include a season library that dates back to 2009.

You’ll have access to all of the Super Bowls for these seasons, too!

Other features include the condensed game option that lets you watch a full game in 45 minutes, original content (documentaries and such), and much more.

A quick note: There is an international version of Game Pass that does let you watch live games all season long if you live outside of the USA. You can click here to learn more about that.

You can stream NFL Game Pass on anything that is compatible with the NFL app including Apple and Android phones and tablets, computers, gaming consoles, and most popular streaming devices (Roku, Apple TV, Fire TV, etc.).

NFL Game Pass even comes with a free 7-day trial!

NFL Game Pass specializes in offering football fans the best options for watching football. You receive access to every game during the season you’re subscribed. You’ll also have an on-demand library with old full seasons, original content, and football-themed documentaries. It’s all football all the time with NFL Game Pass.

NFL fans will receive on-demand access to every single regular season game! In addition to all of the current season games, you will also receive every single season all the way back to 2009. If you’re an NFL fan, you won’t find more access to NFL content anywhere else.

To watch NFL Game Pass, you will use the NFL app. Luckily, there are no shortage of ways to connect to the NFL app and NFL Game Pass. Some options for streaming include:

What Features are Available with NFL Game Pass?

One thing that NFL Game Pass has that other services don’t is an extensive on-demand library of NFL seasons dating back to 2009. This library gives you full seasons including Super Bowls. You can go watch every single game of a season or you can watch only the Super Bowls if that’s what you prefer. There are movies and documentaries, as well, but the impressive backlog of games is something you won’t find anywhere else.

If you’re looking for some original content, NFL Game Pass offers more than a few original shows that might interest you. Some of the available shows include A Football Life, Around the NFL, Film Sessions, Game Theory, and The Timeline.

You might think that watching the game on-demand won’t be as exciting, but when the commercials disappear and you have access to a full uncut game without interruptions, you might feel differently. Not only does each game go by faster, but there are also no annoying distractions in between plays.

How Does NFL Game Pass Work?

NFL Game Pass works like most of your favorite on-demand streaming options. It’s as simple to use as Netflix or even YouTube. When you’re signed in through the NFL app, you can browse games and other featured content. Once you find what you want to watch you just choose the show, and that’s it. If you’re watching a game, you’ll have the option of choosing the full game or a condensed option. You can also choose different camera angles if you want. Once the selections are made, the show will begin. All you need to do is sit back and enjoy!

Signing Up for NFL Game Pass

During the off-season you can’t subscribe to NFL Game Pass. However, in the preseason you’ll be able to go to the NFL website and visit the Game Pass area.

After that, you just add any additional information they need, and you’ll be all set to watch your favorite team or teams in their weekly games for the entire season.

NFL Game Pass does offer a free trial, so when you sign up, you’ll get the first week for free!

NFL Game Pass works a lot like any other on-demand streaming service. You can search for the game you’re looking for or they offer browsing options if you’re not sure what you want to watch. Once you pick a game or program, you just click it to begin viewing. You can watch on most popular streaming devices, whether you’re at home or in your car. As long as you have a stable Internet connection you can enjoy NFL Game Pass from just about anywhere.

How Much are NFL Game Pass Packages?

NFL Game Pass offers one package with two price options. You can pay for the full season at one time, for the best pricing option of $99 per season.

If you can’t afford the payment all at once, you can spread it into four consecutive monthly payments of $30. Unfortunately, that means if you take the monthly payment plan, you’ll pay $20 more.

Remember, you can try NFL Game Pass free for 7 days to test it out before buying.

NFL Game Pass has a lot to love if you’re a huge football fan. Of course, nothing is perfect. If you’re wondering what else you need to know about NFL Game Pass, here are the potential pros and cons of signing up:

Just because a live NFL broadcast takes 3 hours to watch, the gameplay isn’t nearly that long. Much of that time is spent sitting through commercials. One of the best parts of NFL Game Pass is that games are available on-demand and commercials aren’t part of the game.

With NFL Game Pass you get full seasons, Super Bowl and all, going back to 2009! All of this on-demand content is there whenever you want to watch it and it’s all commercial-free. If you don’t have time to watch a full game, you can cut it down to 45 minutes by using the Condensed Game option.

One of the coolest parts of NFL Game Pass is the option for the condensed game. This removes all the filler and the unimportant plays and shortens the length of the game to just 45 minutes. Even though the game is shorter, you’re still watching all the scoring drives and the key plays that lead to the final score.

Con: No Live Games in the US

The biggest downside for most people is going to be that you can’t watch any games live. If you’re big into social media, you know you’ll need to stay off your phone while the game is airing to avoid spoilers. If waiting isn’t your thing, this will definitely be the hardest part of subscribing to NFL Game Pass.

There is an international version of Game Pass that does let you watch live games all season long if you live outside of the USA. You can click here to learn more about that.

What is NFL Game Pass?

NFL Game Pass is an on-demand streaming service that gives you access to all things NFL. You’ll be able to watch every regular season game with this package. Games are available the moment they are done airing live. While it may seem hard to wait until after the game airs to watch it, the benefit is that you get to watch without commercials. You can also choose a variety of different camera angles or watch the condensed game to save even more time. Along with current season content, you’ll also have a full on-demand library of games (including Super Bowls) going back years and original football-related content.

How much does NFL Game Pass cost?

NFL Game Pass is available for $99 per season. If you can’t pay the full amount at once, there’s also an installment option. You can also pay $30 per month for four months. Obviously, the one-time payment is the better deal, if you can afford it.

NFL Game Pass offers a free 7-day trial to new subscribers. If you realize the service isn’t what you want, you can cancel in those first 7-days to avoid being charged.

What devices are compatible with NFL Game Pass?

There isn’t a specific NFL Game Pass app. Instead, you’ll use the main NFL app to watch NFL Game Pass content. You can get the NFL app on a wide variety of devices. Some available options include iPhone/Android phones, tablets, computers, Apple TV, Chromecast, Roku, Amazon Fire TV, Xbox One, and PS4.

Is NFL Game Pass Worth It?

Whether or not NFL Game Pass is worth it will likely depend on how big of a football fan you are. If you’re a casual fan you can get away without having NFL Game Pass, for sure. However, if you’re a huge fan of a specific team (or teams) or just football in general, and you can’t get enough, NFL Game Pass should be a perfect addition to your streaming arsenal. Having access to every regular season game without commercials is just one of the many perks that make NFL Game Pass worth the consideration.

If you live outside of the US, click here for info on NFL Game Pass International which allows you to watch live games all season long.